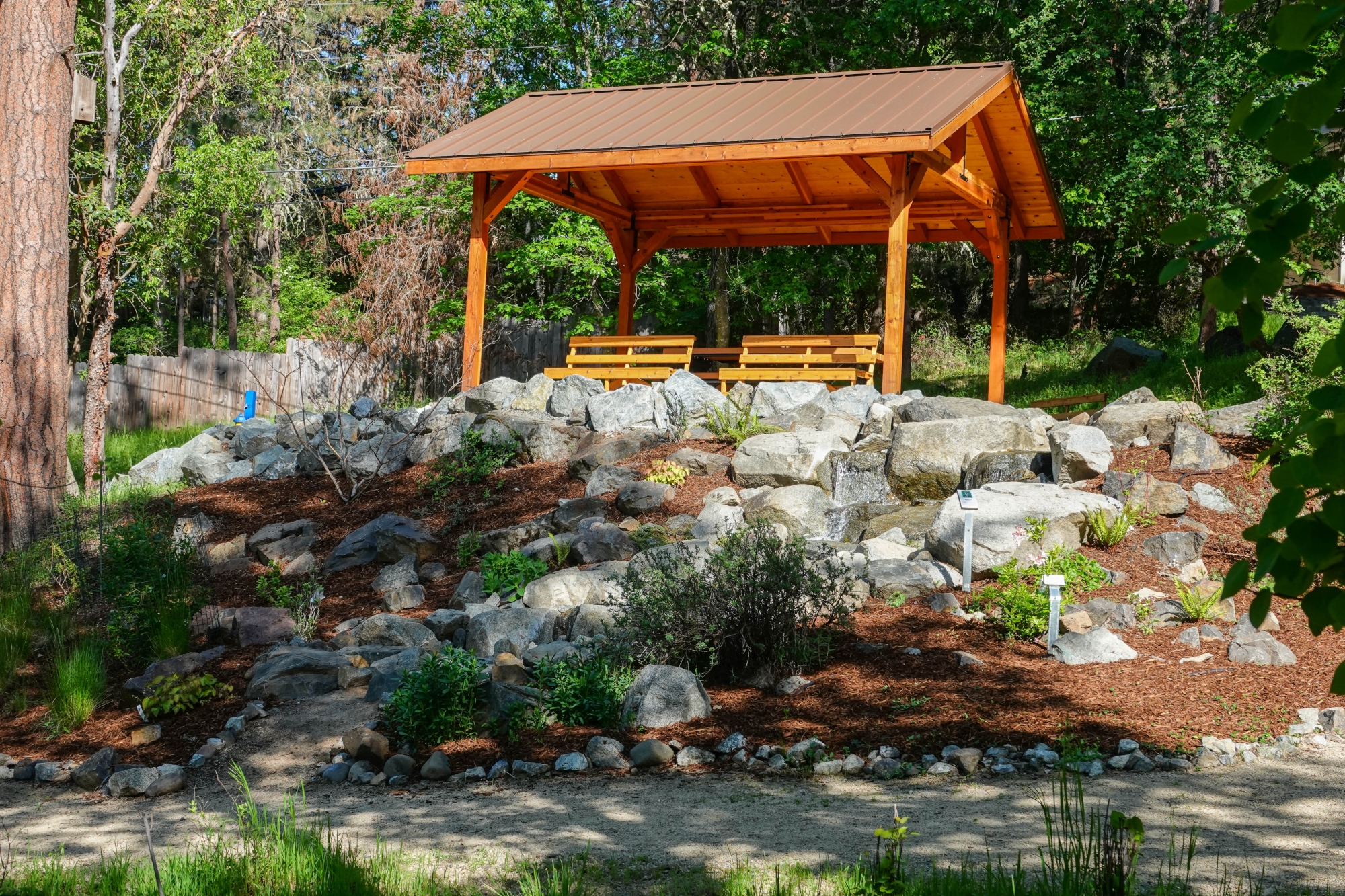 There are now new signs and markers in front of many trees and plants. About half of them have been placed with more to be put in the ground soon. The signs were generously funded by Jacksonville Woodlands Association (JWA). The graphics were designed by Jim Marin of Marin Graphic Services and sent to Pronto Print in Medford for printing on PVC material. The cedar boards for backing were cut to size with a generous time commitment by Jacksonville City Builder, Tom Glover. The assembling of signs and backing, including placing on the metal posts, was accomplished by Tom Mitchell and Mike McClain during several tedious hours. On Saturday, April 20, twenty-four holes were dug and signs placed by volunteers, led by Rob Buerk. Thank you to all!